Procrastination is the thief of time

Half term is almost over and I have achieved very little other than winning at being a lazy bastard and waiting for my chin to heal up, while I googled things like – “Can you damage your brain by banging your chin?”.  (Yes, apparently you can).

We did have pancake day, which was a success mainly because Bman was home to be a top tosser.  Allie’s friend slept over and was also party to the pancake tea.  The next day was Valentines Day. There was no romantic meal out, or sex of any kind, but I did get lots of flowers and a shower curtain (don’t ask). Also a decent cooked tea and I got Bman a bottle of good gin, which is of course a gift designed for the two of us.

We went out en famille for Allie’s early birthday tea on Thursday to Pieminister.  Her choice. Not mine, although of course I was delighted at this choice.  I almost went for the double-pied ‘Tower of Power’ but thought it could be a pie too far in one sitting, so opted for a Mothership instead.

He is called Kevin and he is all mine

On Friday me and the Childerbeast did venture to Manc to have lunch with my bro and sis and the niecelings.  Good job it was payday as the offspring stiffed me for jackets, boots and other miscellaneous crap in Primark and Lush.  I only went in to get some work clothes, but didn’t get anything for myself other than a bra.  In fairness it was a good purchase for a fiver.  Harnesses the old lills rather nicely indeed. Crackin’ in fact.

I did manage to get myself a new swimsuit and rash vest for my upcoming new venture – teaching swimming after school two evenings a week. Yaaas! Getting paid for being in the water. Nice.

Channelling the old skool raver look here, albeit in lycra a couple of sizes larger than back in the day.

Today I had plans to get up and crack on with a half term’s worth of planning but have basically spent the day procrastinating.  I sorted my wardrobe. Sat in bed and finished my book.  Had a snooze, then got sucked into watching ‘The Guns of Navarone’.  Now I’m writing this and soon it will be teatime. It’s burger Saturday but I’m flying in the face of convention and having a fish finger butty instead – because that’s how I fucking roll MoFo! 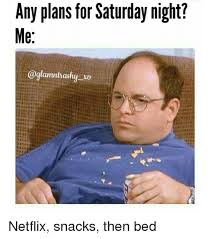 Not loathed by totally everyone so that's good right?
View all posts by TheDHW »
← Talk about a dream job
The end (of the hols) is nigh →